Yesterday evening, as I navigated the unkempt side-berms and wild overgrowth in a depeopled Panjab University campus, carefully locating a peaceful spot to sit and savour my plate of _chana-kulcha_ , a masked man with oriental eyes accosted me with a polite request: “Hi. I am from South Korea and I am interested in the furniture designed by Pierre Jeanneret, the architect of Chandigarh; can you guide me where I can find some specimens?”

Thus was sparked a conversation that lasted nearly one hour, interspersed with me relishing my _chana-kulcha_ while he recounted his observations on India; me sharing my deep interest in Korean films; and a walk across the university campus with me explaining to him some of the most unique features and facets of the Chandigarh style of architecture.

While it was relatively easy for both of us to appreciate the beauty and simplicity — and the underlying genius — of Le Corbusier’s and Pierre Jeanneret’s work, it was inguistic baptism by phonetic fire for both of us as we literally struggled against our respective tongues to get each other’s name’s pronunciation correct.

He informed me he was Moon Goo Chin, a Samsung India executive and though I was tempted to tell him I was Tom Cruise, I chose to settle for the less glamorous, and truthful, admission of Gaurav Shonik, an academic editor.

This morning I looked up Moon Goo Chin online and found an official Samsung video. Last evening, the man who watched me chomp on my _chana-kulcha_ and listened politely and with oozing gratitude to my lengthy explanation of buildings designs and cement columns, was Samsung India number 2. 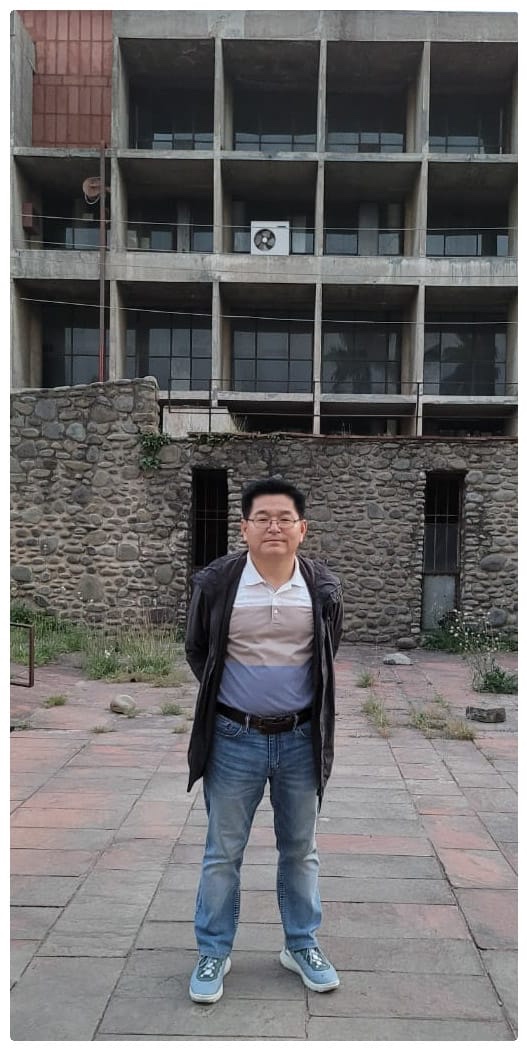