Skip to content
Kriti shared her exotic dance video from the set of panipat on the song Coca Cola tu from the movie ‘Luka Chuppi’. Kriti Sanon who is the female lead in the upcoming movie ‘Panipat’ playing the role of Parvati Bai made some entertaining fun videos during her shooting. The actress shared her throwback videos on her Instagram account showing her moves on one of her own songs, Coca Cola tu which was released in this year itself in the film Luka Chuppi. 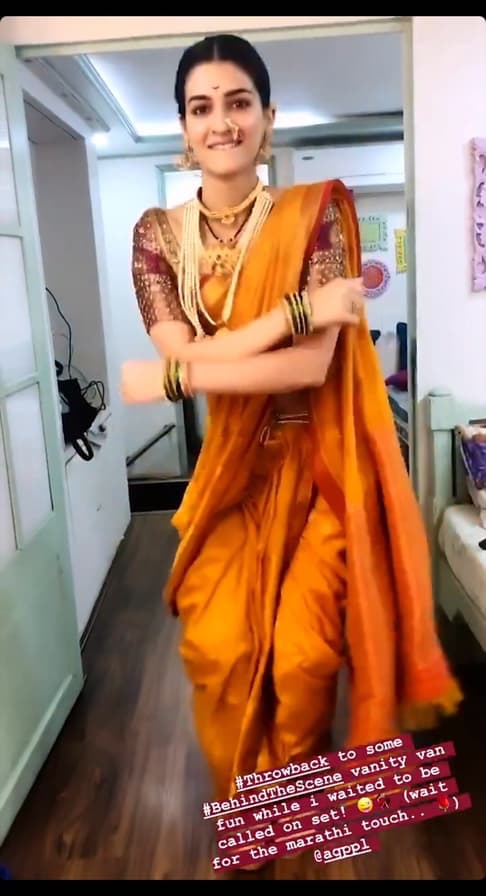 She was in the attire of Parvati Bai from panipat while performing this dance song in her vanity can. She added a caption in her post saying its a throwback to behind the scene fun in vanity can, while she waited to be called on set.
Share Article
< My journey would have been incomplete without Rohit says Ajay Devgn
> BJP form government in Maharashtra