Skip to content
The first look of the actor Manav Kaul in biopic of Saina Nehwal is out. Manav Kaul is an Indian theatre director, playwright, actor, author and also a filmmaker. He has been nominated at Filmfare awards. He has truly a humble and an amazing personality. The actor would be playing the role of Saina’s ( played by Parineeti Chopra ) coach in the film. 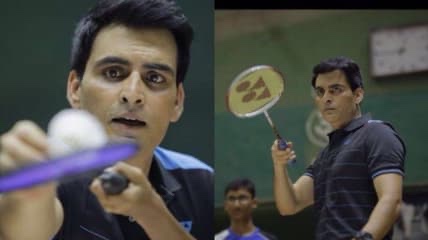 He shares his picture along with a caption saying ” it’s my first look as Saina’s coach”. The movie is yet to be named, the audience is waiting with anticipation and is already very excited and curious for the film.
Share Article
< Celebrities spotted on a prayer meet after Manish Malhotra father funeral
> John Abraham and Jacqueline Fernandez all ready for her Attack movie