Skip to content
Earlier this year in September, the 35 year old actress opened up on her social media regarding her relationship with her boyfriend Guy Hershberg who is an Israeli pianist.
Kalki described her whole experience of pregnancy as being surreal for her and how she has observed her habits to be changed or perhaps being altered. 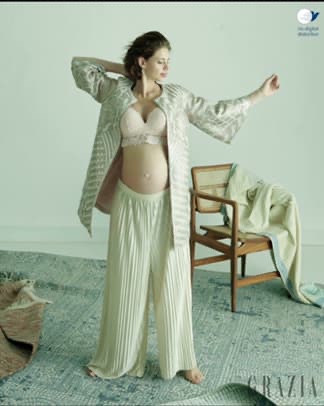 The actress was initially married to the famous filmmaker Anurag Kashyap. Though later the couple got departed after completing 2years of their marriage. Kalki announced being pregnant in September and is expecting to give birth to her first baby in December
Image source- Kalki’s Instagram account
Share Article
< Shahid Kapoor thought of switching careers
> Indonesian actor dedicates his award to King Khan