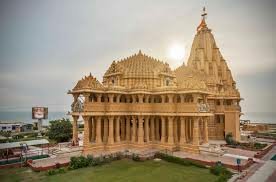 The Somnath Teple is home to one of he twelve ‘Jyotirlingas’ of Lord Shiva, the destroyer. The temple shikhara or the main spire is about 150 feet high in the air and the flag pole on top of it is about 27 feet tall. It is a legend that Somraj, the moon God built this temple out of gold. It was rebuit by Ravana in silver. Again Lord Krishna built it in wood. Once again, in the 10th century it was rebuilt in stone by King Bhimdev Solanki. 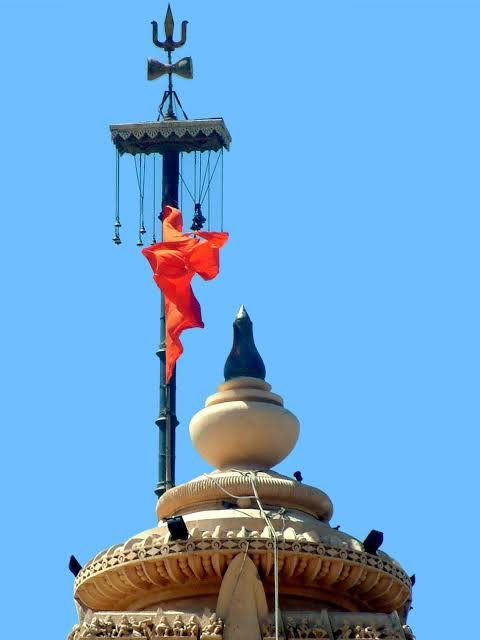 The temple has been destroyed many times but has been rebuit each time it was destroyed. The modern temple was built with the help of Sardar Patel who vidited the ruins of the temple on Nov 13th, 1947. This temple is also referred in ancient texts like, Shrimad Bhagwat Geeta, Shivpuran etc.

The other names for the Somnath Temple are- Deo Pattan, Prabhas Pattan and Somnath Pattan.

The temple is known as,’ the Shrine Eternal’.

The idol of sjiva in the temple is beleived to be suspended i the middle of the temple without any base or support.

Somnath means ‘ the protector of the moon god ‘. It is derived from the Sanskrit words ‘Som’ meaning ‘moon’ and ‘Nath’ meaning the ‘lord of the protector’.